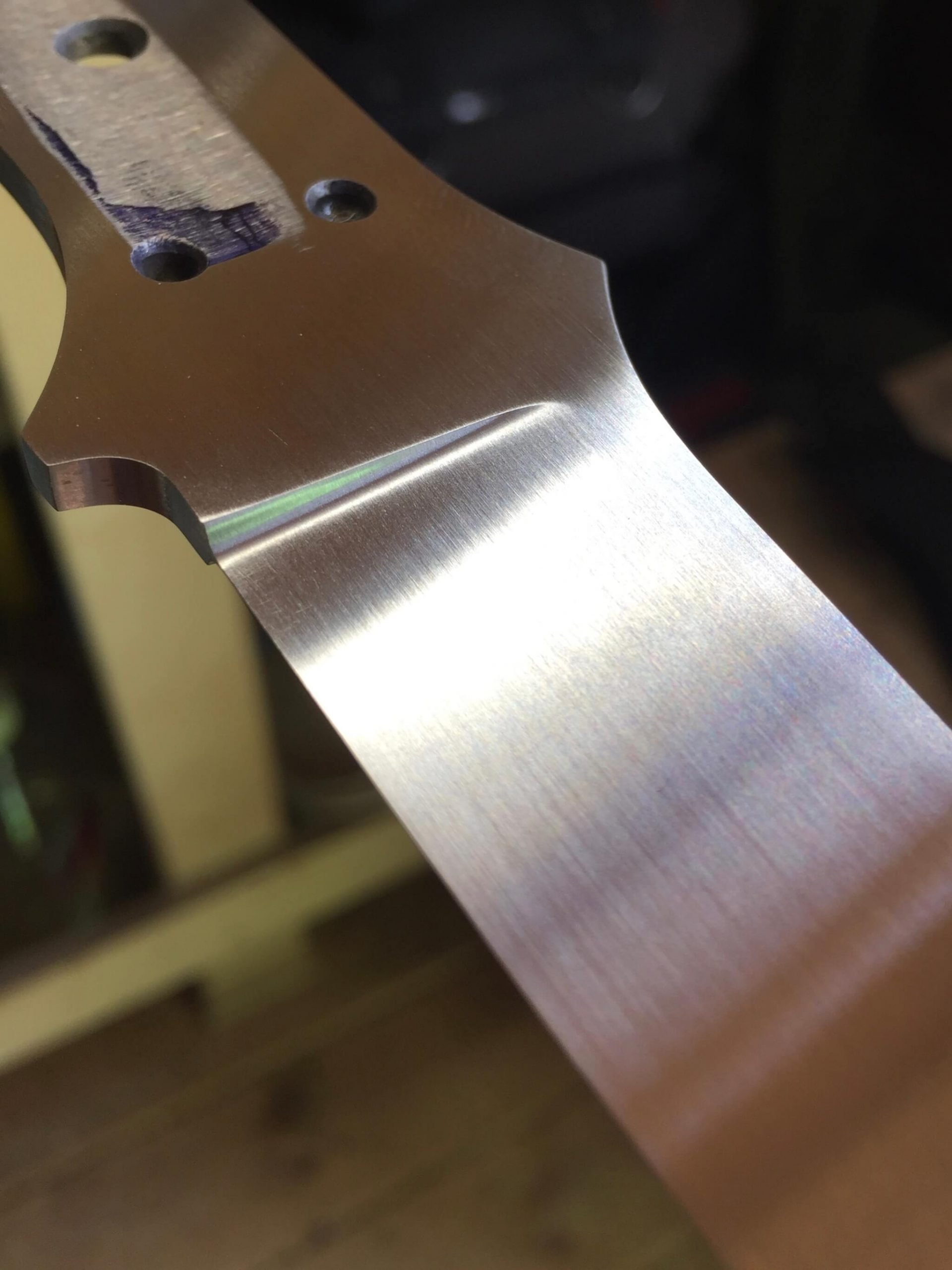 The practice of knife making is one of those artisanal pursuits that falls somewhere between a craft and an art form. In essence the humble knife is an everyday, consumable item that can be made in seconds in vast factories and foundries. However, in the hands of the professional custom knife maker, the blade becomes something to be celebrated; a joy to behold and a constant pleasure to use. However, as any rifleman worth his salt knows, quality does cost. The prices associated with a custom knife from an expert maker can be daunting to the uninitiated, but any uncertainty usually falls away once the finished knife is in hand.

The quality will remain long after the price is forgotten.

After nearly two decades in the British custom knife making community, I have arrived at one surprising conclusion. The finest hand built knives out there exist in part, at least, because they were subsidised in some way by the maker themselves. The custom knife maker, as opposed to the traditional â€˜tradeâ€™ cutler, is deeply passionate about their craft. To a man (and woman) they are the type of person for whom the pursuit of perfection is what matters most. Where personal integrity dictates that the artisan honours an agreed upon price for a knife build, pride forces him to work on beyond the allotted hours in order to perfect those plunge lines on the grind, or eradicate that last rogue 800 grit scratch during the hand finishing process.

Beyond the labour costs, itâ€™s important to consider the procurement of materials. At the heart of every blade is the steel. The choice of steel available to the knife maker is truly bewildering; the variance in characteristics can be as dramatic and nuanced as the choice between cartridge calibres. The experienced maker selects a steel thatâ€™s been developed with blade making in mind.

The cost of this specialist raw material is not inconsiderable. The fittings too, whether Nickel, Brass, Copper or Stainless steel are all boutique products. Fittings sufficient to complete a single build may cost as much as a monthly contract on a swanky new smart phone.

The biggest variable in materials costs is the choice of handle scales. The discerning craftsman uses only the most aesthetic and tactile materials; rarity always increases desirability. For those of you with expensive tastes, those handle scales could represent as much as a third of the total cost of a knife.

While itâ€™s possible to quantify the costs previously discussed, there are many other more transient aspects to building a custom knife that are often overlooked. Take for instance, design work (which is generally done on a speculative basis). In my opinion the whole impetus behind the purchase of a custom knife should be that youâ€™re acquiring something rare in this modern age; something uniquely artisan made just for you. In my own practice, I work on only one knife at a time. From conception to completion, that knife is the centre of my attention; and obsession! While the price tag for a custom knife may seem high at first glance, imagine the outlay required to go through the same process for a custom rifle. Each order initiates a relationship between client and craftsman that requires time and energy to maintain. Time and energy that is consumed as part of the build process, but is very difficult to charge for.

For many of my customers a bespoke knife is a significant purchase, one they have had to save for. It usually comes after the rifle and scope have been acquired and perhaps too, after disappointing experiences with factory made blades. For those who baulk at the cost of a custom knife, I would counter that it is simply a matter of perspective. A handmade knife is around a third of the cost of a good â€˜scope and perhaps a quarter of that of a decent rifle. When viewed in that way it seems to me to be a fair price for a tool that will be used at least as often as your gun; and bring you just as much satisfaction.

Category: Deer Stalking Knives
Leave a Reply Cancel reply
Select the fields to be shown. Others will be hidden. Drag and drop to rearrange the order.
Click outside to hide the compare bar
Compare