With a new and improved Version 2 in production –

If you are on the search for a deer call that mimics perfectly the impressive volume and range of Sika calls then look no further. The V2 has made achieving the high notes easier including an alarm call.

The calls are made by resting your teeth on the reed to achieve the correct starting note whilst moving the teeth position up and down the reed whilst varying intensity. It will mimic calls such as the alarm whistle, mews and various bugle calls. With a little practice this call can used in many ways to suit the situation and at other times of year other than the rut. The volume of this call will bring sika in from a good distance! Scroll down for more information on the various calls, a video of the call in use and a tutorial from the creator.

Listen to a demo of the Sika XT V2 call here,

Watch a quick demo of one type of Call here,

The Call in use

The Alarm Call:
Every Sika hunter knows this sound, a sharp quick two tone whistle.
Believe it or not this is a very handy call to know, I use it when I have spooked a sika.
This call is achieved by a very rapid slide of the teeth from the tip to about a third of the way down the tone board without pulling your teeth away.
Do this call quickly two or three times. If the deer hasn’t smelt you there is a very good chance it will come back for a look to try figure out what is going on.
I often follow this up with some Mews. Many a time I have had an alarm/mew duel for up to fifteen minutes and eventually been able to take home a sika.
*tip: if you do spook a sika crouch down or stand amongst some bushes a tree or what ever you can find to break up your outline

The Mew Call:
This is a great call to have in your arsenal, Sika are a very vocal deer and talk to each other a lot via Mews and Chirps.
This is done by mainly using the tip of the tone board and muffling the end of the tube a bit, do a series of short and long calls in succession. I do meh meh meeeeh meh meeeeh
Can be used any time of year, if you think there is a Sika close by give it a crack.
Use it to break up a roar session or tease a stag in closer. In the Roar(rut) stags will often do a quiet single “meeeeeeh”
*tip: look up sika on youtube to hear some of the sounds they make, there are many videos of them in parks and even lazying about on the streets of Japan

The Single Call (roar or bugle):
My favourite sound while hunting.
A Sika stag will use this call when a hind is in close proximity, as the name suggest it is a lone call, but can be repeated frequently by a Sika stag.
Do this by starting at the tip of the call sliding your teeth forward and then removing them from the reed as you get about half way down (keep lips sealed around tone board) letting the call trail off into a bit of a moan. eg Mmmeeeyaaaawwwww”
Use this call if you are in a stags territory eg close to a scrape.
*tip: I do this call twice with a 15-20 second gap between, making sure I am in an area with a reasonable view but that I am well hidden.

The Hehaw Call (territory roar or bugle):
This call can be used from a distance to try locate Stags or even in their territory as with the single call.
Another awesome and often spooky or haunting sound produced by a Sika Stag when he is patrolling or marking out his territory, the sound is similar to a single call but more condensed without the moan in a continuous stream four to five times with the ending trailing off with a bit of a moan like the single call. eg meyaa meyaa meyaa meyaa meyaawwwwwa
tip: after giving a Hehaw or Single call stay as still as possible, keep yourself hidden and I generally wait a minimum of fifteen minutes after calling sometimes even forty five minutes to an hour before moving to a different spot.

Most experienced Sika hunters prefer one or the other but nothing beats a bit of variation. 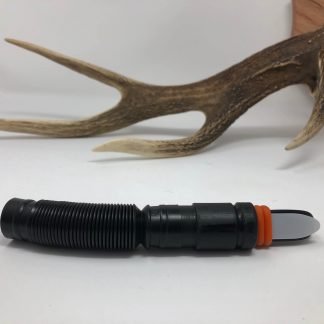 You're viewing: Sika XT Deer Call £35.99 Incl. VAT
Add to cart
Select the fields to be shown. Others will be hidden. Drag and drop to rearrange the order.
Click outside to hide the compare bar
Compare